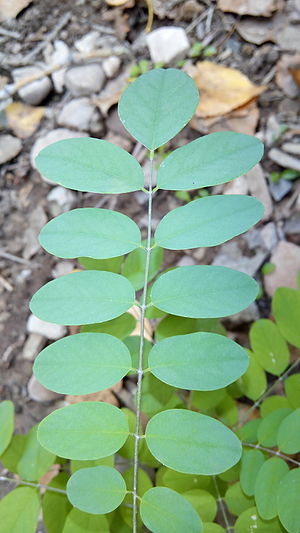 Robinia pseudoacacia is commonly known in its native territory as black locust. It is a medium-sized deciduous tree native to the southeastern United States, but it has been widely planted and naturalized elsewhere in temperate North America, Europe, Southern Africa and Asia and is considered an invasive species in some areas.

Scarified seed may be drilled in rows 15–20 cm apart at 65–100 seeds per meter, or broadcast in fertile soil (Mar–May; US) and covered with ca I cm or less soil, sand, or sand and sawdust[3]