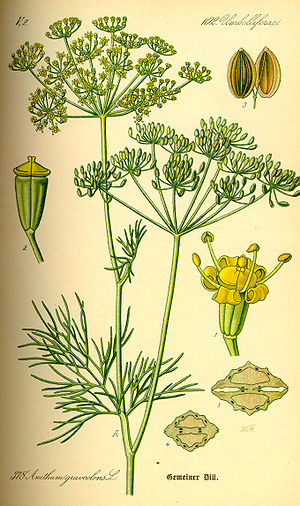 Pimpinella anisum is an annual herb in the celery family Apiaceae. It is the sole species of the genus Anethum. It is mainly used in digestive disorders. Fresh and dried dill leaves are widely used as herbs in Europe and central Asia.